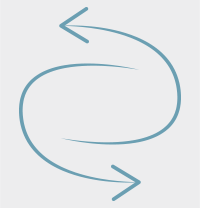 I am the author of Breaking Open the Head (Broadway Books, 2002), 2012: The Return of Quetzalcoatl (Tarcher/Penguin, 2006), and Notes from the Edge Times (Tarcher/Penguin, 2010). My new book, How Soon Is Now, comes out in Februrary, 2017. Featuring a preface from Sting and an introduction from Russell Brand, How Soon Is Now? looks at the ecological crisis as a rite of passage or initiation for humanity and proposes a "blueprint for the future" - how we must redesign our technical and social systems to avert the worst consequences of ecological collapse.

According to author John Perkins, "Daniel Pinchbeck’s life is the hero’s journey. Like Homer’s Odyssey, How Soon Is Now is a song of redemption for a world torn apart by the monsters of our own creation. We’ve dreamed a world that is consuming itself into extinction. Pinchbeck offers us a new dream and in doing so takes us on a powerful, magical voyage into balance and sanity." Please join the HyLo forum to discuss the ideas presented in this book, and take action around them.

I was executive director of the think tank, Center for Planetary Culture, which produced the Regenerative Society Wiki. My essays and articles have been featured in The New York Times Magazine, Esquire, Rolling Stone, ArtForum, The New York Times Book Review, The Village Voice and many other publications. I have written columns for Conscious Living and Dazed & Confused.

My life and work were featured in the 2010 documentary, 2012: Time for Change, directed by Joao Amorim and produced by Mangusta Films. Amorim and I also produced a series of short animated films, PostModernTimes.

In 2007, I launched the web magazine Reality Sandwich and co-founded Evolver.net with Ken Jordan, Michael Robinson, and Talat Phillips. Evolver includes Evolver Learning Labs, our webinar platform, and The Alchemist's Kitchen, a retail and event space in downtown Manhattan. I edited the publishing imprint, Evolver Editions, with North Atlantic Books, publishing Charles Eisenstein's Sacred Economics and Jose Arguelles' Manifesto for the Noosphere, among other books.

I have been a speaker at conferences around the world. These have included DazedFest in London, Horizons in New York, Breaking Convention in London, Distortion in Copenhagen, La Callaca TedX in San Miguel del Allende, the World Psychedelic Forum in Basel, and Summit Series in Utah. I also give talks at many festivals, such as Burning Man, Boom in Portugal, Ozora in Hungary, Rainbow Serpent in Australia, and Lightning in a Bottle in California. I have been interviewed by The Colbert Report, Coast to Coast AM, The History Channel, Whitley Strieber’s Unknown Country, BrandX with Russell Brand, Interview Magazine, Purple, and many other places.

I have written introductions for books including The Psychedelic Experience by Timothy Leary, The Joyous Cosmology by Alan Watts, and Rainforest Medicine by Jonathan Miller Weisberger and Kathy Glass. I have written catalogs for art exhibitions including a show of Jeff Koons and Andy Warhol at the Gagosian Gallery in New York.

I hosted a talk show, Mind Shift, on GaiamTV, exploring the evolution of technology and spirituality, and our potential for the future. I have co-hosted retreats to Costa Rica, with the Secoya, tribal people from the Amazon in Ecuador, and Colombia, with the Kogi and Aruak people. Please email me or join the mailing list for information on this, and other events.